By richba5tard,
January 27, 2019 in HWBOT Development: bugs, features and suggestions

Should the career league include competition points? 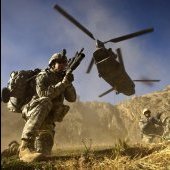 That's entirely unfair. There were many competitions in the past that new people are incapable of participating in and receiving points from, so you're basically just allowing people who've been here

It's CAREER. Career has no time limit. Eventually the old timers will be done and the noobs will have the same time put in to catch up. You seek instant gratification and that shouldn't happ

Make up your mind guys. Am I biased towards Yes or No? We can't even agree on how I am trying to influence the poll! IMHO it's ok to add competition points if a new member can catch up by being