PSC as a possible alternative to hypers on lga 775 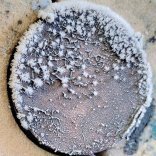