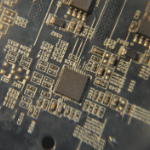 By exaberries
August 6, 2021 in Graphics cards